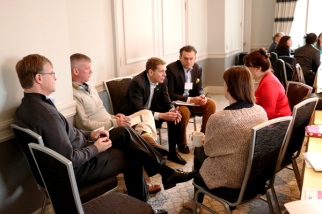 The Transatlantic Dialogue Program of the Friedrich Naumann Foundation for Freedom (FNF) held its annual Transatlantic Conference in Chicago, Illinois in April 2016. Participants from around the world – including the United States, Canada, Germany, Greece, Poland and Slovakia – came together to discuss the current state of transatlantic relations and some of the issues at the forefront of transatlantic discourse.

The first day of the conference kicked off to a great start with a discussion about views on the rise of populism in the U.S. and Europe. In small groups, participants considered issues such as what the idea of populism encompasses on both sides of the Atlantic, the roots of populism and what long-term effects it might have. 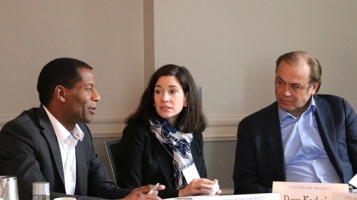 The second session of the conference, focusing on the state of the U.S. presidential election 2016, highlighted the unusual election cycle and presented first-hand information from campaign experts. During the third session, the focus was shifted over to Germany with an update on the current political situation and latest result from state elections.

The second full day of the Transatlantic Conference saw fruitful discussions on the political and economic situation in the EU. With the UK’s EU referendum coming up in June, participants discussed the impacts of a potential ‘Brexit’ among other issues. Focusing on challenges of the transatlantic partnership, panelists from Greece, Poland and the U.S. also gave their insights on the refugee crisis and the current state of relations to Russia.

nois political expert who discussed the current and future political climate in the state and the city of Chicago, and Member of the Canadian Parliament Greg Fergus, who gave insights into the Canadian federal election 2015 and the successful campaign of the Liberal Party of Canada.

These debates, and others, will continue to play a large role in the transatlantic dialogue as parties on both sides of the Atlantic exchange ideas and experiences which will be facilitated and followed by the TAD in the years to come. 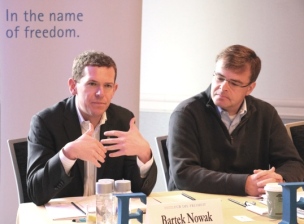 There will be more reports to follow with specific information about each of the sessions held at the conference.